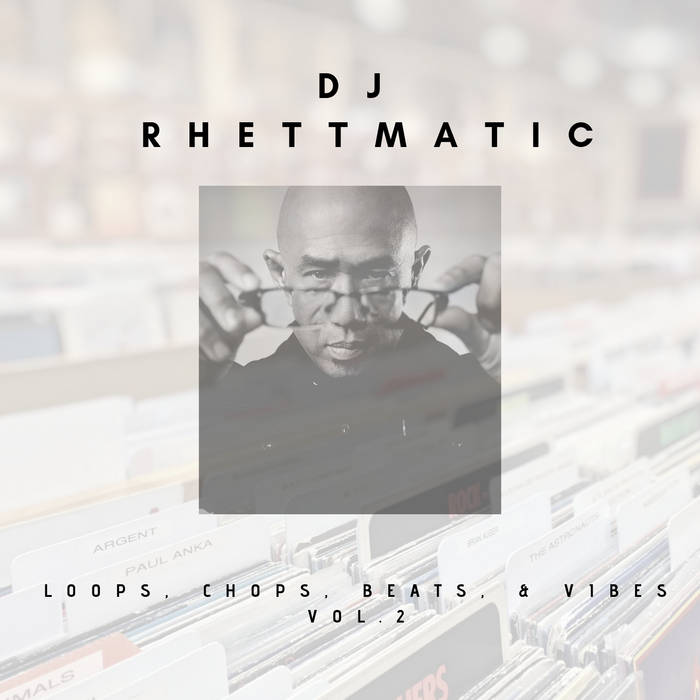 YallDontHearMe the casual title is a rope a dope. This release hits hard and has some infectious sounds smothered all over the knock. #2 wow #11 is a blessing. Favorite track: 11. West Coast Vibrations (An Ode To Souls).

It's that time of the year....I'm releasing this new project, whether a mixtape or an album, in honor of my Birthday (May 10), which I've been doing for almost the last 10 years. But this year, it's very special....I hit a milestone in my life. I actually turned 25 times 2 this Friday (5/10/19 - LOL!). Can you really believe it?? Yeah, I can't believe it myself either but this only happens once in your life, right?

This particular instrumental album is a follow up to last year's release: "Loops, Chops, Beats, & Vibes". For the last project, all the beats were made strictly on Pro Tools by chopping, filtering, & layering; no Drum Programming or Basslines being played, all due to the fact that my SP-1200 & MPC 2000 were fried (actually, I still need to get them fixed). Of course I also didn't use my current method of doing production, the Propellerhead Reason software. For Volume 2, I use both styles of production, strictly using Pro Tools & Reason, alternating between the two.

Also, I usually would release the projects for FREE as a way of saying "Thank You" to those that have been a fan of my work & to celebrate my birthday. Being that this year is a milestone for me, I decided that I want to make this an official album, even to the point that I actually made a music video for one of the songs (Hopefully it's should be up by the time this album is released...haha!). Don't fret, for the official song off the album, I made it as a FREE Download. The song is called "West Coast Vibrations (An Ode To Souls)", a tribute to the legendary Souls Of Mischief. If you listen to the track, you can tell I use the same sample of a classic song of theirs & did my own version. I also included a bonus song that I produced for a Japanese MC by the name of "Hunger", who is part of a respected group from Japan by the name of "Gagle", who's members include the prolific Japanese producer, Dj Mitsu The Beats. The song also features New York/New Jersey's respected Underground Hip Hop lyricist, John Robinson aka Lil Sci of Scienz Of Life.

If you really like what you hear, I would truly appreciate it if you would support & purchase this album. If you don't like what you hear, at least I would like to say thank you for even taking the time to listen, regardless. You can still download some of my other past projects that are FREE for you on my Bandcamp page; please do so if you like them as well. And if the response is positive for this album I'm dropping this year, I might have to press up some limited edition Vinyl, CDs, & Cassette Tapes, if there's an actual demand for it.

I am truly grateful that I am able to wake up another day & able to share music with everyone. This is my Birthday gift to myself & a "Thank You" to all of you. I've come a long way, but as much as I have gained a lot of wisdom & experiences over the years, I still have more to learn. Thank you all & God Bless. And oh yeah.....The Visionaries are still coming with a new album for 2019!